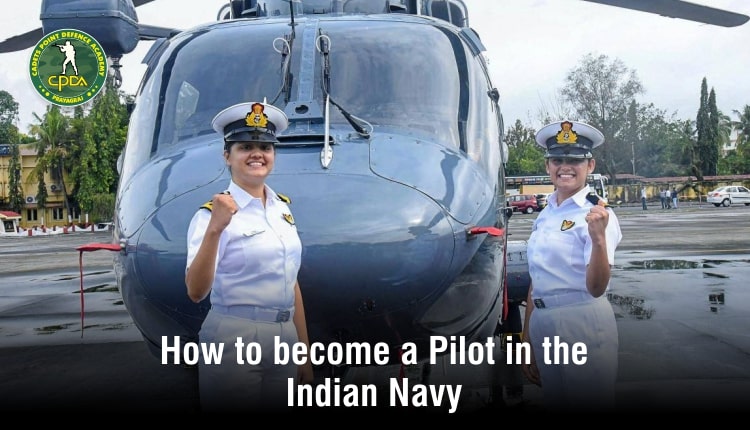 How to become a Pilot in the Indian Navy

Complete Process to Become a Pilot in the Navy:

There are many vacancies released for the Officer’s entry into the Indian Navy Service. One just has to join the Indian Navy and switch for the Flying Branch. There are three main branches that one can get and become an officer in that branch:

One has an option to become Fighter Jet Pilot, Fighter Helicopter Pilot or Cargo Pilot etc. One can choose the wings as per their own choice, if medically and physically fit in all manner.

Ways to Become a Pilot in the Indian Navy:

Here is the list of the entries, that one can opt for. There is only one entry after passing 12th and two or three entries after graduation. One can apply for the following entries:

These are some major entries, There are also some more entries like SSC Entry and NCC Special Entry etc. But these entries have no fixed schedules. Let’s see the details about the given entries in detail and see the required eligibility criteria and selection process etc.

National Defence Academy is the only academy in the world which trains the candidates for three major forces of the nation, the Indian Army, Indian Navy, Indian Air force etc.

Once you clear this all, you will be in the National Defense Academy, Here you have to opt for the Indian Navy and choose Flying Branch for the fighter pilot. There are two other branches Technical Branch and Ground Duty Branch.

After the Application form, All the candidates will have to appear for the Written Examination and the only candidates who will pass the written exam will proceed for the SSB Interview and then medical examination.

These are some major ways to become a pilot in the Indian Navy. Remember being a pilot is not an easy task. You will have to be medically fit all the time. You will have to go through medical every year or every 2 years(depending upon your service). And the pilot’s medical is one of the toughest medical in the world. Stay fit, eat healthily and exercise daily if you want to be a pilot.

FAQs For How to become Pilot in Indian Navy

Can I Join the Indian Navy After 10th?

Yes, One can apply for Indian Navy MR Entry. The MR stands for Matrix Recruits. Through this entry, One can join the Gally Department of the Indian Navy.

Can I become Officer in the Navy after Engineering?

Yes, After graduation, One has an option to appear for the CDS Entry, INET Entry and some direct entries as well like B.tech Entry Scheme etc.

What is the minimum height required in the Indian Navy?

This blog was all about How To Become a Pilot In the Indian Navy. I hope you got the complete details about this. To prepare for the Defence Exam, you can join the Cadets Point Defence Academy and get proper education and training about the exam, Interviews, Physical Fitness and Medical Fitness etc. You can check the official website www.cadetspointdefenceacademy.com to get details or to know more about the Institute.

What Is the AFSB Interview and its complete process?