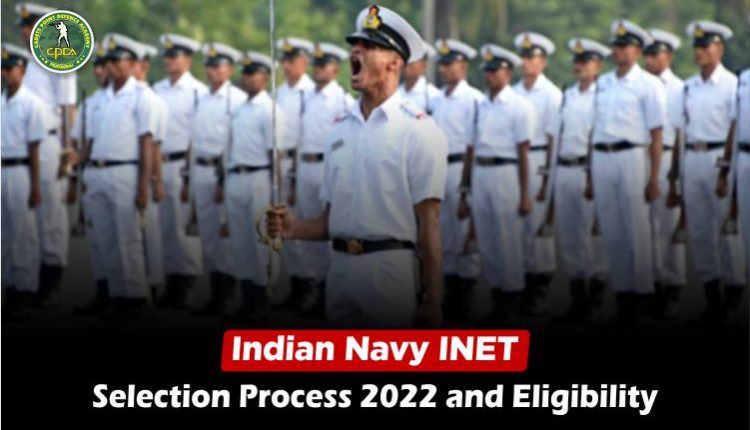 There are many ways to join the Indian Navy as an Officer. Here in this article, we will talk about the entry that has been special for the selection in the Indian Navy and it is conducted by the Indian navy itself. Here in this article, we will get to know about the INET Selection Process 2022 Eligibility Criteria etc. To get complete information about this, Check out the complete article below.

Well, the INET conducts the toughest selection procedure and it takes a lot to clear the selection stages. Well, each stage of selection has its own difficulty level. One will have to dedicate at least 6 months to get prepared to clear the Navy INEt Selection Process.

After the Application form, All the candidates will have to appear for the Written Examination and only candidates who will pass the written exam will proceed for the SSB Interview and then medical examination. Now let’s see the details about the SSB Interview which is the 2nd phase of the Indian Navy INET Selection Process 2022.

The SSB interview is the second phase of the INET Selection Process 2022 and The Interview would be in two phases Stage-1  and  Stage-2. A candidate who would pass stage-1 only they would be permitted to appear in Stage 2. STAGE-1  you will be tested in three different manners.

Well, to appear for any defence entry, there are some required criteria that are mandatory to have to apply for that particular vacancy. Here are the details about the required educational qualification, age limit and relaxation criteria of the Indian Navy INET.

If you are preparing to join the Indian Armed forces either it’s Navy or Army or Airforce etc. Make sure to be physically and medically fit in all manners. Minor mistakes in the medical or physical test can be a reason for rejection.

How to prepare for INET Written Exam 2022:

The competition in the defence exams is too much. You will need to prepare very well in order to beat the competition and to join the service. Here are a few points that might be helpful for you in the preparation of the Written Examination.

If you are new to the competitive exams. You must join a better Defense Coaching Academy to get trained well for the exams. The Cadets Point Defence Academy is one of the finest coachings for the INET Exam preparation. The courses are conducted under the guidance of the Indian Navy Officers and Examiners. It becomes very easy for one to get trained well under the Naval officer.

What is the minimum age limit criteria to apply for INET 2022?

Well, the A candidate must have age between 17 years old to 24 years old as per their class 10th mark sheet.

Can a female candidate apply for INET 2022?

Yes, Both males and females are eligible to apply for the INET vacancy. They are all required to have the same criteria as it is required for the male candidate.

What height is required for INET Vacancy 2022?