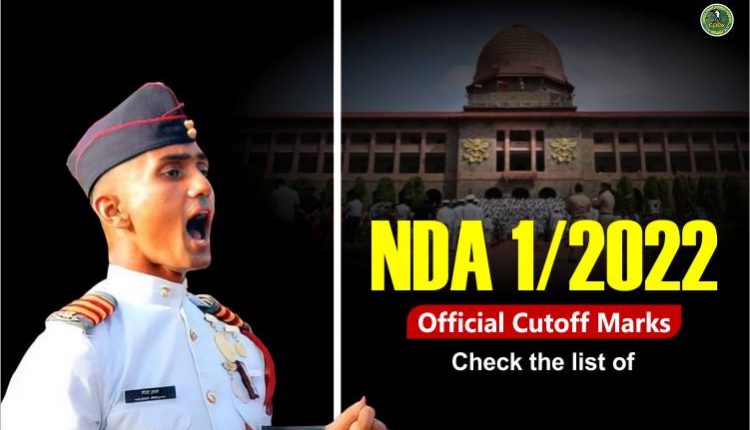 The NDA is the Examination that is conducted for the selection of the candidates into the Indian Armed forces like the Indian Army, Indian Air force, Indian Navy etc. The Written Exam of NDA is not tough to clear. The entire candidate who will clear the Written Exam will proceed for the SSB Interview. The SSB Interview is different from other regular and formal Interviews. One will need to prepare differently for this. There is basically three-phase of selection in the NDA recruitment. Written Exam, SSB Interview, Medical Test, etc. Here we will get to know about the NDA 1/2022 Official Cutoff Marks ad before that Here is some basic information about the NDA 1/2022 Exam:

The Cutoff marks of any exam depend on a number of factors like the number of students who have appeared for the examination, the overall difficulty level of the paper and the total number of available vacancies etc. All the candidates who have appeared for the NDA 1/2022 Written Examination must be checking out the NDA 1/2022 Official Cutoff marks. Here as some exam experts of NDA have guessed the marks which is going to be very much close to the real cutoff marks.

A candidate who scores 360 marks will be able to clear the NDA Written Examination. Well, if you have not checked the answer key yet. Check the answer key and if you score more than 360 out of 900. Start your preparation for the SSB Interview right away.

Well, there are no sectional NDA 1/2022 Official cutoff marks that have been mentioned anywhere but then too it is important to score good marks in almost every subject or topic of the paper. You may have an idea that it is important to clear the maths paper to be able to get your GAT paper checked.

There is no official announcement has been made regarding the SSB dates but as per the previous records and some news sources. The Interview conducts within two to three months of the Written Exam.

Well, it is difficult to explain but as per the experts, a candidate who scored360 marks or more than that will clear the NDA written exam.

What is the expected date of NDA 1/2022 SSB Interview Date?

The Exam is about to be conducted in the month of July 2022 to September 2022. No official announcement has been made regarding this.

NDA vs CDS: Why NDA is considered better than CDS