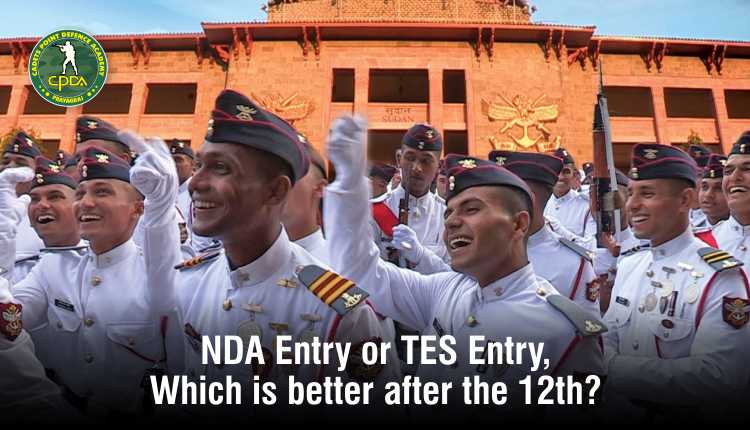 NDA Entry or TES Entry, Which is better after the 12th?

Which is more Suitable for you NDA Entry or TES Entry 10+2:

To become an officer in the Indian Armed forces after Intermediate. There is basically two entry NDA and TES entry etc. Both entries are very different from each other. The Selection Process and Eligibility Criteria is also different. Here in this article, we will see the complete details of these both entries and at last, I will tell you which entry is more suitable for you NDA or TES. Check out the complete information in the given article below:

Union Public Service Commission conducts the  NDA written examination twice in a year. All the candidates who have passed class 12th are eligible to apply for this. Now let’s see the selection process and eligibility criteria:

This is the selection process and Eligibility Criteria for NDA entry but in the case of TES (Technical Entry Scheme). It is completely different.

This entry is especially for the candidate who wants to become an engineer in the Indian Army. This is a technical entry while the NDA is an Open entry for all forces like Airforce, Navy, and Army, etc. Let’s see the selection process and eligibility criteria for TES Entry.

This is the selection process and required eligibility criteria to apply for Technical Entry Scheme. I hope, you have understood the basic structure of NDA and TES entry and now let’s see which entry is more suitable for you NDA vs TES.

What is Tour of Duty Model of Army, Army Latest Recruitment Model

Which is Better NDA Entry or TES Entry?

It is very hard to say that which is better for you because it completely depends on the candidate. It is all about your aim and dream. But here are common things that I would like to tell you.  If you want to become an engineer in the Armed forces then the TES entry is best for you. But you want to join the Indian Airforce, Indian Navy or Indian Army, etc. You can only do this through NDA. It is conducted by the UPSC (Union Public Service Commission).

NDA gives you an open opportunity to join any forces of the nation and also any branch of the Army, Navy or Airforce, etc. You can join the technical branch of the Indian Army through the NDA entry also. It is completely up to you whichever you find suitable.  If we talk about which is easier NDA Entry or TES Entry.

Now it is up to you to decide which is better for you as per your aim and your dream. If you are just passionate about joining the Indian Armed forces. I would suggest appearing for TES entry. It is far easier than NDA.  All you need is to prepare for your 12th and score better in the 12th examination.  If you could not score 70% on the Board, you can not apply for the vacancy. On average, the cutoff marks go around 75% to 80% every year. To get shortlisted for the SSB Interview. It is very important to score at least more than 75% in the 12th Board exam.  Whichever entry you choose prepare well for that. Nothing is easy in India. There are around 3,000 candidates per vacancy.

Can I apply for NDA and TES at the same time?

Yes, On your responsibility. Whichever you clear, you can proceed with that.

Which branch is offered through TES 10+2 Entry?

One can only join the Technical Branch of the Indian Army through the TES (Technical Entry Scheme)10+2.

What is the height requirement to join TES 10+2 Entry?

To become an officer or Engineer in the Indian Army. One must be at least 167cm in height. There is some relaxation has been to some specified regions. 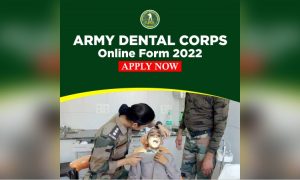