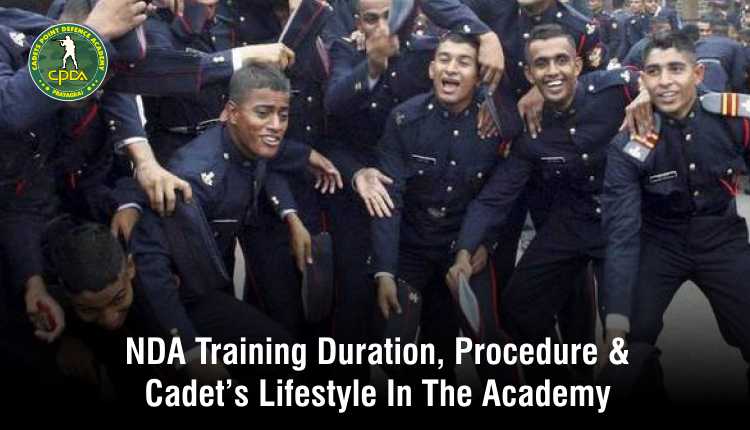 National Defence Academy is one the best way to enter a defence. This is the only academy in the world which trains the candidates for the three major forces of the nation, the Indian Army, Indian Navy and Indian Air Force. First, let’s see the complete selection procedure and eligibility criteria etc.

There is no substitute for this. A candidate will have to clear all these to get selected in the academy. Here are the details about the eligibility criteria requirement.

These are the required criteria that are mandatory to have to apply for the NDA vacancy. let’s see the details about the NDA training duration and procedure after selection.

You will be trained in the National academy for 3 years, and these 3 years would be divided into six semesters after passing these all semesters successfully you will be allotted a graduation degree B.tech/Bsc/B.a from the JNU, New Delhi. Once you clear the NDA Selection Phase. You will be allotted your rooms. On the first day, you will learn the rules and regulations of the Academy. The lifestyle of NDA cadets is not easy as it looks. It is not that easy to be a warrior.

After that, you will be sent to your respected wings whatever you select like for army cadets to the Indian Military Academy (IMA), Airforce cadets to the Air Force Academy (AFA) and the Indian Naval Academy for the Navy Cadets. At the respected wings, One will be trained for 2 years and will be trained for duty type and responsibilities that one has to take as an officer. After all this, A passing out parade would be conducted and will become an officer on that day.

In the beginning in the academy may be a bit tough, as it will be completely new for you to wake up at 4am and do PT. During initial training, You will be get trained to eat healthily and few beginners workouts etc. After few weeks, you will be taught about the military subjects and How the Indian Armed forces are different.

Within a few weeks, Your Basic Military Training will begin. This is basically a soldier level training that everyone gets in the Indian army. In this, you will get learn about teh weapons and how to use them etc.

After the basic military training, you will move to advance military training. Where the training is tough and not everyone can survive in this. But, you will be with the best trainers of the Indian Armed forces. They may take you to different locations and teach you to survive in any condition, there may be less food, less water and no medical facilities etc. Well, It all would be conducted under the guidance of the trainer and Officers etc.

In this all you will learn teamwork. How to work with a team, how to move along with the team, never leave your partner behind etc. After this training, you will start your class training again, where you would learn about advanced military tactics and different international languages. There are still many more things to discuss on. But it is not possible to mention everything out here. I hope that you got the overall details about the NDA Training and Procedure. Now let’s see the details about the Lifestyle of NDA Cadets.

The lifestyle at the NDA is one of the finest that a normal person can ever get in his entire life. They train themselves to be a gentleman. They live there like a family with fix routine of breakfast, lunch and dinner. The National defence academy is very bigger and almost every activity is there in Academy, During the off day, One has the freedom to watch movies, play sports and can do other activities as well.

What type of training is given to the cadets in NDA?

One gets Basic Military Training as well as Advance Military Nursing in the NDA (National Defense Academy).

Is it tough to clear NDA Exam?

Yes, This is the exam that comes under the top 5 toughest exams in India. One will need to prepare very well in order to clear this exam.

What is the required age limit for NDA?

One must be at least 16.5 years old to apply for this and it should not be more than 19 years old.